Amirante Islands is one of the last paradises on planet Earth. Exceptional and untouched by the human presence in the underwater world. Deserted white beaches with white sand and lagoons with turquoise water.

Here, you will not meet divers from another ship.

Only you, your buddy, and friends and our professional diving guide, corals and underwater inhabitants. Most likely you will be a discoverer. Most dive sites around the islands are still not explored or mapped.

Your trip to the lost world of Amirante will be unforgettable on our comfortable catamaran «AOIBH», specially equipped for diving, snorkeling, and kayaking.
Amirante Islands is an archipelago in the western Indian Ocean northeast of the island of Madagascar, about 300 km southwest of Seychelles . Together with the neighboring group of Alphonse islands, the archipelago has 27 islands. Six islands are inhabited. The total population is 100 people, of which 50 live on the island of Desroches. The total land area is 11.91 km². Discovered in 1502 by t he Portuguese expedition Vasco da Gama, named after the admiral (Portuguese - Ilhas de Amirante). In 1742, France declared the islands its colony. After the defeat of Napoleon, the islands in 1814 passed to Britain and belonged to Mauritius. In 1909, Seych elles became a separate colony and included the Amirante Islands. In 1965, the island of Desroches was transferred under the administration of the British Indian Ocean Territory. In 1976, they moved to the Republic of Seychelles, which then gained independence.
Your Journey To The Amirante
Islands With Aoibh Catamaran 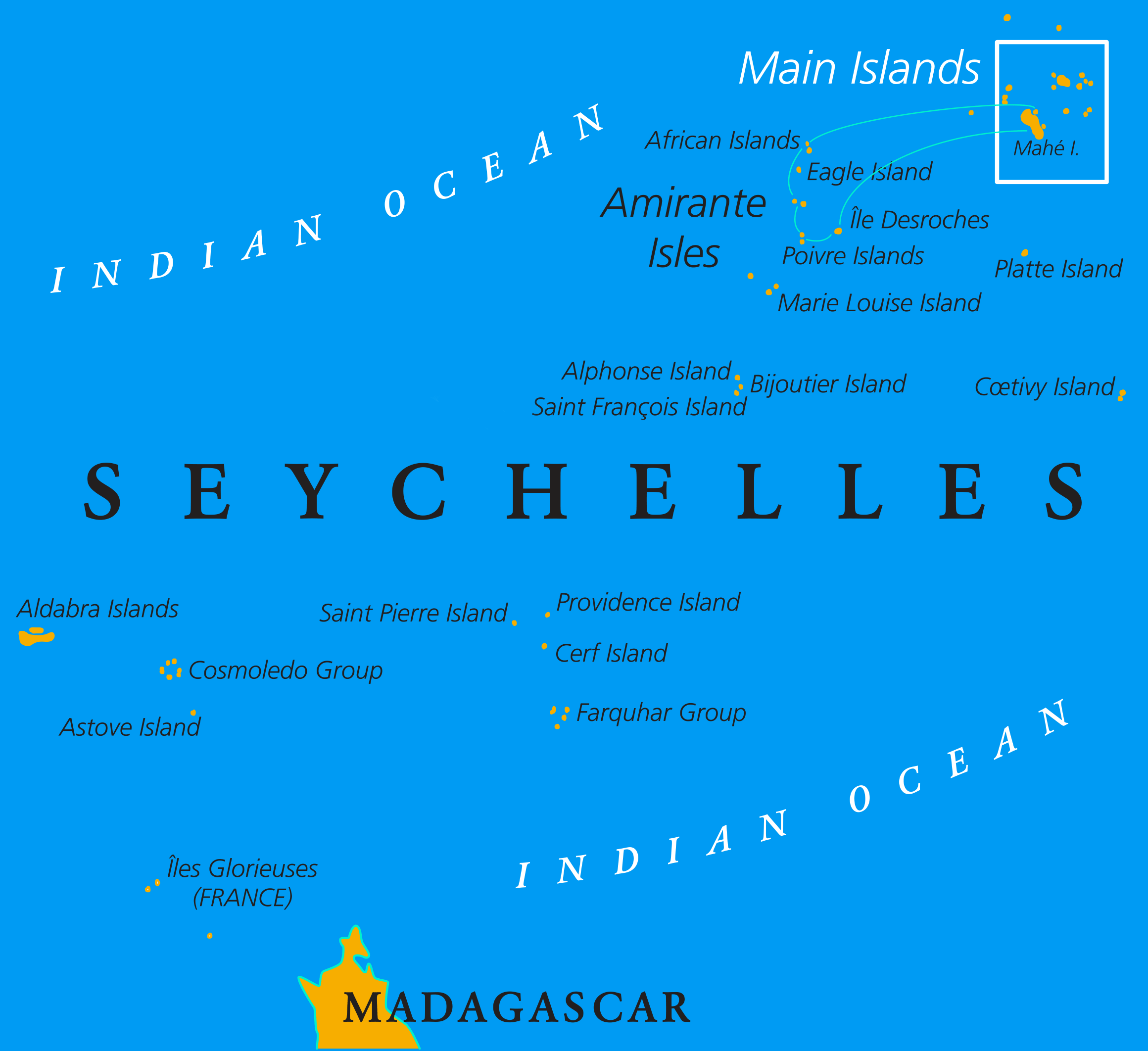 DAY 2 and 3
DESROCHES
Desroches is the largest island of the archipelago, about 240 km southwest of Mahe, located in the coral atoll of the same name.
It is located 36 km east of Amirantes Bank and is separated from it by water at a depth of more than 1300 meters.
The island lies on the southern edge of the atoll. There is one hotel and an airport on the island, (about 35 minutes flight from Mahe). The length of the island is 6.2 km. The island has beautiful coconut groves and 15 km of pristine sandy beaches. Rich coral reefs abound in fish and corals. According to experts, this is one of the best diving sites in the Indian Ocean. Productive fishing and for lovers of water sports, this is a good place for kayaking.

DAY 6 and 7
ARROS and SAINT JOSEPH
254 km south of Mahe is the island of ARROS. Named after Baron d'Arros, who commanded the French Navy from 1770 to 1772. The island does not exceed 2 km in length and 1 km in width and is separated from the unique atoll of St. Joseph by a narrow and deep channel. St. Joseph's Atoll consists of a large coral ring with the main island of more than 2500 m in length, four islands and 13 deserted islands of less than 1 km. Two are scattered on the eastern side. Until 1950, coconuts were grown here. A beautiful lagoon with a stingray nursery, mango thickets, bird colonies, and magnificent diving.

DAY 8 and 9
AFRICAN BANKS
African Banks is the northernmost landfall of the Amirantes group and consists of two islets, North and South that lie 2km apart, close to the edge of the Amirantes bank. The islands are uninhabited. Once famous for its seabird eggs, these uninhabited islands are surrounded by fish-rich waters that particularly abound in mackerel, tuna, and sharks. Here you can see dolphins. Rich and wild aquatic life with a beautiful seabed make it an exceptional place for divers and fishermen. Night sail to the island Ste Anne Marine Park in Mahé.

DAY 11
MAHE
Return to Eden Island marina. You will leave the yacht at 10 in the morning. 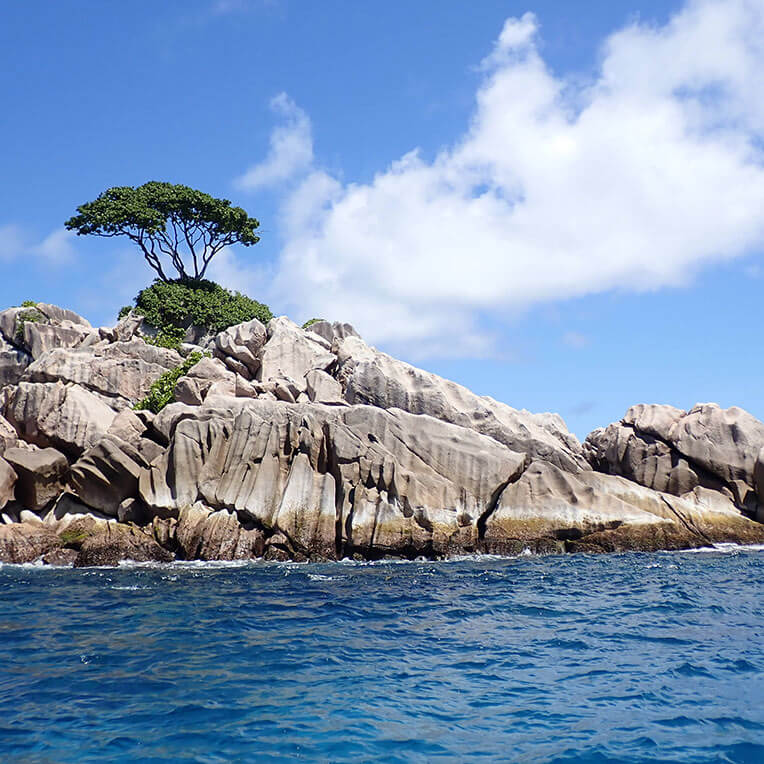 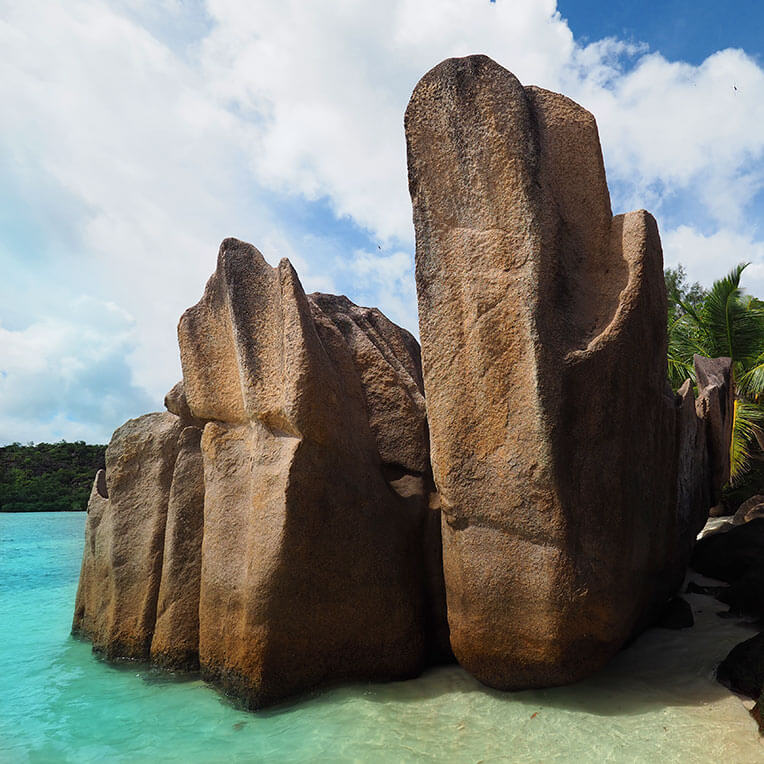